New scales and measuring instruments compliant with the Measuring Instruments Directive (MID) have the conformity marking shown in Figure 1. The marking consists of the CE marking, a supplementary metrology marking (M), the last two digits of the year when the marking was affixed (such as 17 as shown in the example) and the identification number of the notified body (such as 0000).

An incomplete marking (the number of the notified body is missing, for example) is not compliant with the requirements. Scales or a measuring instrument with an incomplete marking cannot be used for the purposes referred to in the Finnish Measuring Instruments Act.

Figure 1. Marking indicating the conformity with the MID of measuring instruments and new scales manufactured after 20 April 2016.

Scales commissioned before 20 April 2016 and compliant with the requirements of the NAWI Directive have the marking shown in Figure 2. Scales equipped with the marking can still be used for the purposes referred to in the Measuring Instruments Act, as long as their verification is valid.

The marking indicating the conformity of the scales consists of

If any of these are missing, this means that the scales do not meet the requirements of the NAWI Directive.

Figure 2. Set of markings indicating the conformity of scales. In this example, the scheduled verification of the scales must be carried out by the end of 2017 at the latest.

The instrument also has a type plate, which describes the scales’ purpose of use and the requirements on the operating environment, such as the accuracy class and operating temperature. 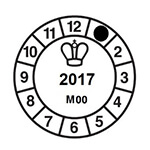 Figure 3. Mark indicating a completed verification. In this example, the verification was performed in January 2017.

At the time of verification, it is possible to close the parts of the measuring instrument that must not be tampered with after verification with a seal (Figure 4); for example, the parts that can be used to adjust the display and change the measuring result must be sealed. If the seal is broken, the verification is no longer valid.

Indicating the next verification date 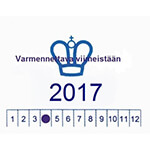 A measuring instrument can have markings indicating Finnish national type approval, if

EC type approval marking (in this case, D 89 refers to Germany 1989) as well as approval indication (in this case, 6.131.39). Such markings can be found on water meters, for example. 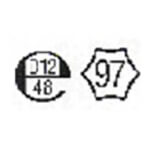 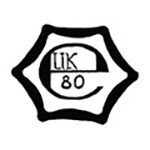 An alternative EC initial verification mark for measures of length.

New alcoholic spirits measures must be placed on the market in accordance with the Measuring Instruments Directive, in which case they have the marking shown in Figure 1. Alcoholic spirits measures that are in use may still have the initial verification mark shown in Figure 7 that consists of a picture of a crown, the last two digits of the verification year (such as 06), and the number of the body that performed the verification (xx).

Indication of the place of use of scales

The marking indicating the place where the scales are used states the location, in which the scales were verified, and the longest permitted distance the scales may be moved in the north-south direction. The restriction on the place of use of the scales is due to variation in Earth’s gravity, or the g value.

Earth’s gravity affects the measuring results of most scales. The value of gravitational acceleration varies a certain amount in different parts of Earth, which means that most of the accurate electrical scales must be verified either at or for the location where they are used. The verification can be performed in two phases: the notified body issues a certificate on the measures performed in the first phase, and carries out the checks that may be affected by the installation and location of the scales in the second phase. The verification will only become valid after the second inspection is complete. After this, the verified scales cannot be moved very far, particularly not in the north-south direction, or the systematic error becomes too large.

Indication of a rejected measuring instrument

Elsewhere on the Net