Tukes inspected the safety of snow buildings – no defects found 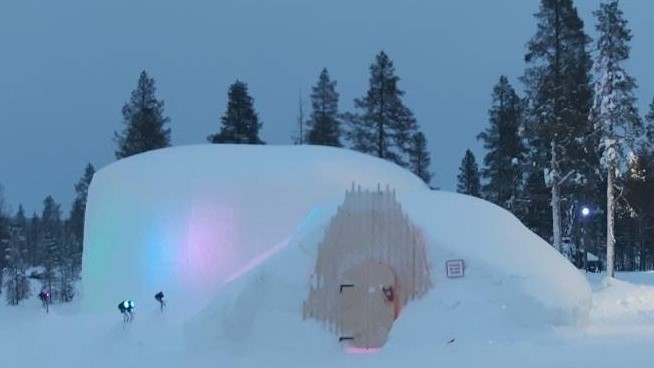 The Finnish Safety and Chemicals Agency (Tukes) implemented a snow building surveillance project during the winter season of 2019–2020, including the inspection of five snow and ice buildings in tourism use in the Lapland region. No safety defects were found.

The snow buildings inspected by Tukes were the Kemi SnowCastle, the SnowLounge in Salla, the Arctic SnowHotel in Rovaniemi, the Lapland Safaris Saariselkä castle in Inari and the SnowVillage in Lainio, Kittilä. The inspections were carried out based on the Consumer Safety Act. All the sites inspected had the safety document required by the Act.

The sites selected for inspection were snow buildings of more than 250 cm in height, or included closed structures made of snow that could be entered. All the snow buildings were approved for use by local building supervision and rescue authorities, and had been granted a building permit in accordance with the Land Use and Building Act. All the buildings included bar/restaurant and recreation facilities, containing, among other things, snow and ice art and places for various activities. Four of the buildings also included accommodation facilities, and two included saunas.

Pictures: Tukes inspected the safety of snow buildings as part of its surveillance of consumer services. Snow buildings in Lapland are popular tourist attractions during regular seasons, and a lot of attention is paid to their safety.

The buildings are constructed each year from artificial snow with the help of moulds. Using heavy artificial snow ensures the required strength of the structure for its whole life cycle. The construction method varied slightly between the sites, but all followed the general construction practices of the industry,

The buildings also had decorations, places for various activities and furniture made of snow and ice. Their condition and functioning is regularly monitored.

“The risks related to the construction method and the significance of in-use monitoring are well known to the operators, and self-monitoring is systematic. Self-monitoring includes, for instance, monitoring the shape of structures and potential changes in the structures, as well as preventing slipperiness. During the surveillance project, nothing was found that would have warranted any special official measures or procedures”, says Jaakko Leinonen, Senior Officer, Tukes.

“Snow construction in Lapland has received a lot of publicity internationally as well, and during normal seasons, a large number of foreign tourists visit the buildings. Safety defects would be a major reputational risk for this kind of business, which is why people pay a lot of attention to safety matters”, Leinonen says.

Tukes monitors the safety of consumer services in Finland. The surveillance is based on the Consumer Safety Act.

Pictures of the sites that were inspected

Ice steps are made less slippery e.g. by roughening the surface or sanding with white sand.

The condition of statues and decorations is monitored daily. For example, whether glued joints hold and whether there is any tilting.

An emergency exit is required for snow buildings in which a larger number of people may gather (such as restaurants, chapels and theatres).